Home Victoria Woman with Bronchitis Charged with DUI After Being Unable to Provide Breath Sample
May 24, 2019March 20, 2020, In The News, 0 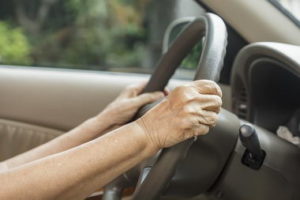 Despite no evidence indicating there was alcohol in her system, a 68 year old woman was arrested and given an immediate roadside prohibition (IRP) due to her inability to provide a proper breath sample. The arresting officer’s actions were made possible because of the new legislation that came into effect on December 18, which gives police the power to demand a breath sample from any driver they lawfully stop.

Inger Forsyth, a woman from Colwood with a perfect 40-year driving record, was pulled over on February 19, 2019, after making an early morning stop at a liquor store. Because she was suffering from bronchitis, Forsyth was unable to provide a breath large enough to give a breath sample. After accusing Forsyth of intentionally refusing to provide a breath sample, the officer told her she was under arrest, issued an IRP, and left her on the side of the road.

Inger Forsyth was represented by Victoria lawyer Jennifer Teryn, an associate at Steele Law Corporation (formerly Jeremy Carr and Associates), who was successful in having Forsyth’s prohibition revoked with Road Safety B.C.  Jerry Steele, managing partner at Steele Law Corp., has seen numerous other cases where innocent people are getting caught by the new legislation, in many instances due to medical conditions that make providing proper breath samples extremely difficult or impossible. Had the firm been unsuccessful in revoking the prohibition, they were prepared to take the case to the Supreme Court of B.C., and even the Supreme Court of Canada in order to fight the unconstitutional demand made by the arresting officer.